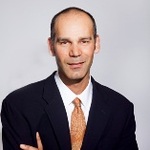 Steve Karimi attended Pepperdine University School of Law. At Pepperdine he was awarded the Darling Foundation scholarship. Among his various coursework, he excelled at trial practice. He began his career arguing cases in front of presiding Judge Mira in the Malibu Courthouse. Shortly thereafter, Mr. Karimi participated in an international program of legal study. In London, England, he assisted the British "Sky" Broadcasting team's legal correspondent in the analysis of the Louis Woodward trial. The trial involved an au-pair nanny who was charged with murder in Boston, Massachusetts.

After graduating from Pepperdine, Steve Karimi returned home to Seattle and worked with the King County Prosecutor's office. He quickly became familiar with the system in district and superior courts. During his time as a prosecutor, he continually improved his legal skills by attending courses taught by the National College of District Attorneys.

Steve Karimi's education also includes a degree from the University of Washington as a Business Administration major.

Steve Karimi has prosecuted thousand of cases in various King County cities. One of his more interesting cases involved the prosecution of the "Sheriff of Freedom County."

Fnu Lnu fought the law, and the law won. He doesn't see it that way because he insists Lnu is his real name and he really is the sheriff of a place called Freedom County. But a Tukwila Municipal Court jury ruled yesterday that when he identified himself that way to city police and showed them his badge in September, he was giving false or misleading information to a public servant and committing second-degree criminal impersonation. That's because authorities say his name is actually Robert V. Bender, 58, and because he claims to be top lawman for a county that doesn't exist - at least not in the eyes of the state. Fnu Lnu, whose name is a law-enforcement abbreviation for "first name unknown, last name unknown," says the jury verdict may be a reflection of "the apathy of the people." --Seattle Times Saturday, January 26, 2002

Mr. Karimi's approach to trials is tireless preparation combined with his ability to kindly persuade the jury to see his side of the story. He often volunteers his time to demonstrate trial techniques among various groups. He has recently been named a "rising star" in criminal defense by the Washington Law and Politics magazine. He is a member of WACDL criminal defense association and admitted to practice in Federal Court.

There are few attorneys in the Seattle area who enjoy practicing law as much as Steve Karimi. He finds a great deal of satisfaction in defending the accused and preventing his clients from falling prey to the government's immense power.

"Let My Extensive Experience as a Former Prosecutor Work For You."

Let Steve Karimi use his background and experience to help you. He understands what it is like to be on the other side and will use his experience to work out the best possible resolution for you. There is none better to have on your side, than a former prosecutor.

Thank you for contacting us. We will get back to you shortly.

Please complete all required fields below.

If you have been charged with a domestic violence related crime in Seattle, call The Law Offices of Steve Karimi right now. You will speak to a Seattle criminal attorney who cares about your case and wants to help you get great results. Call us at 206-660-6200 or complete the form in the sidebar.

Attorney Steve Karimi is a former prosecutor who can use his knowledge and experience to defend you. He has a proven record of successfully defending domestic violence clients. When it comes to your future, make sure you have the best legal representation in town.